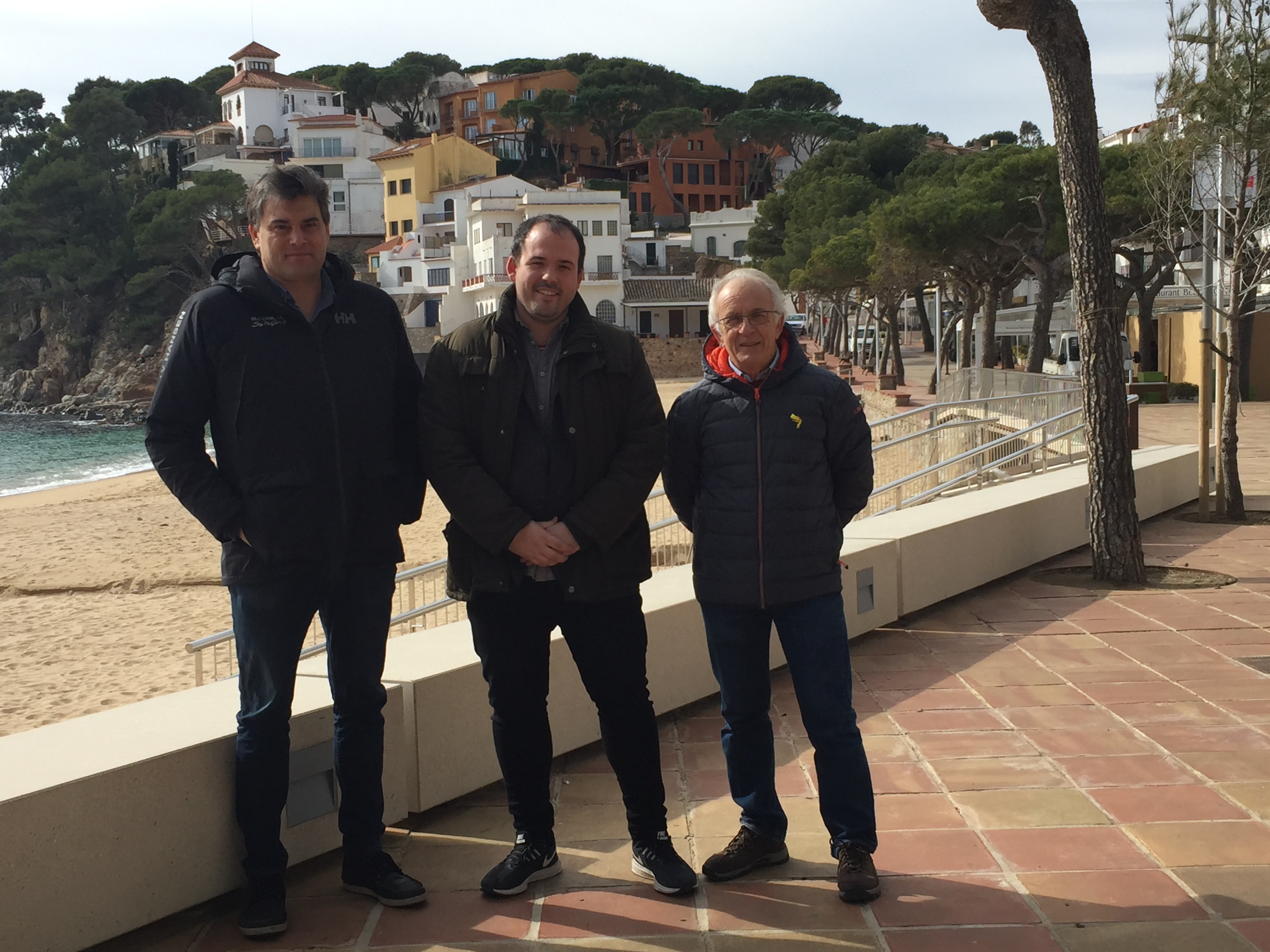 ❖ OncoSwim's registrations opened on Febrary 9th and got sold out for the 30k crossing in four days.
❖ Organizers hope to achieve 300 swimmers for Solidary Mile crossing (1.5k), registrations of which are still available.

Fifteen teams will take part on the next June 2nd to the third edition of OncoSwim, an open water swimming and solidary crossing organised by Foundation Oncolliga Girona and the open water swimming club Radikal Swim. It consists of swimming in teams of four swimmers the 30 km that separate the beach of l'Estartit and Calella of Palafrugell (Costa Brava), through the Medes and Formigues Islands. For third consecutive year, the funds collected with this charity event will help a research driven by the University of Girona on the negative triple breast cancer, a very aggressive type of cancer that affects especially young women and that represents 20% of all the brest cancers diagnosed. In the first and second edition of OncoSwim, a total of 5.128 euros and 18.839 euros could be raised respectively and in this third edition the organisers expect to reach at least the 8.000 euros.

The new edition has been presented today in a press conference at Hotel Terramar of Llafranc, with the assistance of the treasurer of the Foundation Oncolliga Girona's treasurer, Lluís Comet; the president of the CN RadikalSwim, Dani Serra, and the sports councillor of the Palafrugell council, Pau Lladó.

The place choice for the press conference has not been haphazard. The beach of Llafranc is the start point of the Solidary Mile, the short version of OncoSwim, that consists on swimming the stretch from Llafranc to Calella of Palafrugell (1,5 km roughly). The Mile Solidària will take place the same day 2 of June in the afternoon, with the aim of coinciding the finish of the first teams of Oncoswim of 30 km with the finish of the this short crossing. The funds raised with the Solidary Mile registrations will also fund the research of the triple negative breast cancer.

“Thelogistical complexity that surrounds the OncoSwim's organisation makes us have to limit considerably the number of teams taking part on it. This year we marked a maximum of 15 teams and in only four days since the opening of registrations we have already covered all the entries”, has explained Dani Serra, president of the CN Radikal Swim. For this reason, the organisers are focused in growing the the Mile Solidary's participation, in which the past year swam 135 people. “Every day there is more and more people swimming open water and we would love to double the number of swimmers that participated the past year. This is our current edition's challenge”, has added Serra.

Stay tuned for the last news in Radikal Swim's world!

As you know, we will organize the 2nd Radikal Camp in Cala Canyelles from 17 to 19 April. Last year was super good and we can't go through this […]

We want to introduce you our new coach, Albert Puig!

We are very happy to announce you the incorporation of our new coach, Albert Puig. Together with our Techincal Director Gerard Alemany, will teach and share with our swimmers his swimming knowledge on […]

Here you have the full schedule of the activities and swims durant Radikal ocean52: Click at the schedule to download it!Remember that this year the crossings take place on Saturday […]

We use cookies own and third to improve your browsing experience. X